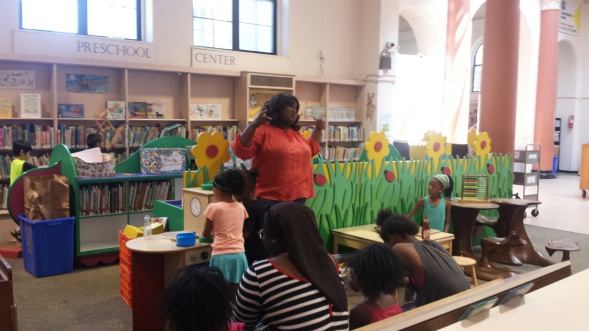 Nearly 50% of all Philadelphia public school students are on a path to falling off the on-time graduation track by the time they reach the end of middle school—that is, they will not graduate high school within four years. A 2006 study states, “as early as sixth grade, we can identify a significant percentage of students who will ultimately leave the School District without graduating. Before they drop out, these students will have multiple years of low test scores, poor behavior, and weak attendance. This will impact not only on the students themselves but the schools they attend” (Ruth Curran Neild, Ph.D., Robert Balfanz, Ph.D, Unfulfilled Promise: The Dimensions and Characteristics of Philadelphia’s Dropout Crisis, 2000–2005 (2006, The Johns Hopkins University et al.). Among the study’s findings:

During a typical school year, CADEkids' student demographics are: 60% African-American, 25% White, 5% Asian-American, and ethnically, 31% Latino. Approximately 95% of participants qualify for the free or reduced-price lunch program.

The public elementary and middle schools these children attend have a high incidence of drug-related problems, poor academic performance, and dangerous incidents—defined as weapons offenses (guns, knives, or other weapons) and violent incidents (homicide, kidnapping, robbery, sexual offenses, and aggravated assaults)―in their neighborhoods.

CADEkids focuses on underserved schools. Our goal is to scale up and replicate our prevention programs to teach risk-reduction skill sets to vulnerable student   populations; we served 30 schools in 2016-17.